On Thursday 13th Oc­to­ber 2022, chamber soloists from the Czech National Symphony Orchestra will be returning to the Loop Jazz Club Hostivař for a concert being held as part of the Prague Proms Festival. Concertmaster Alexej Rosík and Jan Hasenöhrl came up with the amazing idea of bringing together top CNSO players to form a chamber group a few years ago and since then the ensemble has performed a number of well-received concerts. At the time the group played as a classic six-member formation. At this year’s festival, however, we can look forward to hearing them as an expanded 15-member team.

And the selected programme most certainly reflects this. The CNSO chamber soloists will perform the famous Holberg Suite, Op. 40, subtitled “Suite in olden style” by Edvard Hagerup Grieg who is unarguably Norway’s most celebrated composer, having drawn inspiration from his country’s national traditions.

Also on the menu is the equally well-known Serenade for String Orchestra in C Major, Op.48 by Pyotr Ilyich Tchaikovsky. The piece was finished in 1880 and premiered on 3rd December that same year at the Moscow State Conservatory. Inscribed on the back of the original score are Tchaikovsky’s recommendations: “The more players in a string orchestra, the more this will fulfil the wishes of the composer”. We trust he wouldn’t be disappointed with our selection. 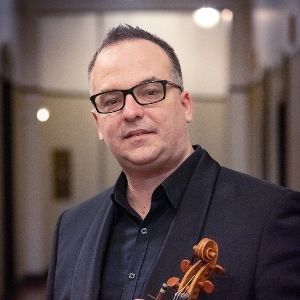