The Track Inspection is the brainchild of pianist and organist Jan Andr. An active member of the Czech music scene since 2004, he’s worked with an impressive array of artists including the Yvonne Sanchez band, the Czech Radio Big Band, the singer Tonya Graves, producer Boris Carloff, the Forman Brothers’ Theatre and the Milan Svoboda’s Prague Big Band. In recent years, he has progressed from jazz piano to the Hammond organ.

Inspiration for the new band primarily came from his stay in New York back in 2016. Among others in 2019, the formation performed at the United Islands of Prague festival where they scooped up the "soul-funk-jazz discovery of the year" award. In his compositions, Jan Andr combines jazz tradition with modern genres such as soul, funk and hip-hop. The influence of American jazz clubs is impossible to miss in his current work and he packed in as many jazz concerts as he could while in the USA. But he was also keen to sample the flavours of funk, R&B and gospel, all of which left an indelible imprint on his style. His debut album, ‘Introducing’ released in October 2020 on Locator Records made maximum use of this stimuli, and it seems Jan Andr has filled a secure spot on the Czech club scene. The appeal isn’t just down to the Hammond solos, unison with guitar, out-of-this-world riffs, but also the impeccable bass line, which combined, manage to elevate The Track Inspection to higher musical spheres. The band is made up of seasoned jazz musicians Kirill Yakovlev, Tomáš Hobzek, Miroslav Hloucal, Petr Kalfus and Richard Šanda, and as part of the festival concert at The Loop Jazz Club Hostivař in Prague they will perform a range of signature tracks including from the album. 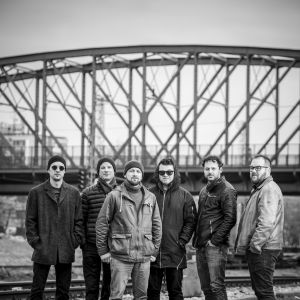